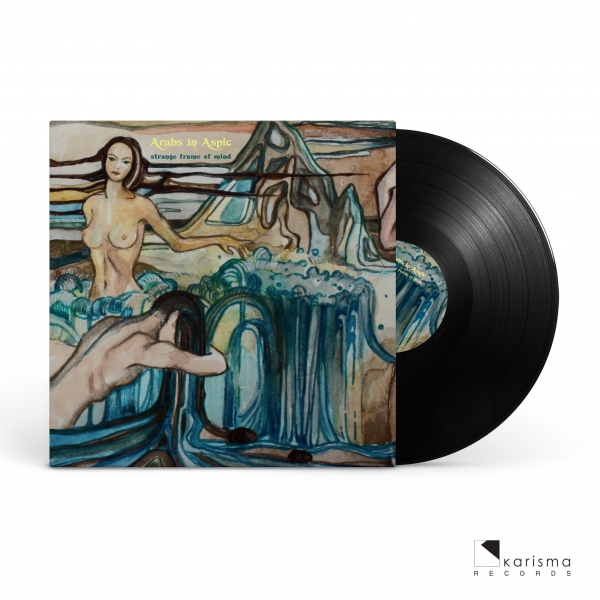 Hailing from Trondheim in Norway, Arabs in Aspic has been mid-Norway’s flagship of 70s inspired progressive rock and proto-hardrock for the past 15 years. They’ve been described as a sweet mixture of loud, heavy guitars and drums, 12 string acoustics, funky bass and percussion, screaming Hammond organs, soft Rhodes, Mellotrons and 70s Synths, topped with plentiful vocal harmonies.

After “Far Out in Aradabia”, the band played quite a lot of shows and also recruited Hammond virtuous Stig Arve Jørgensen on keys and backing vocals after seeing him perform “Hocus Pocus” by Focus. Hence, the new material became more technical and more progressive again, and in many ways “Strange Frame of Mind” from 2010 is the link between early Arabs in Aspic and the band we know today. The band overall changed a lot, and they had a hiatus for a couple of years. Erik Paulsen joined in on bass, and the sound changed to a more progressive and classic 70s style.

The album was recorded at Studio Studio, run by TNT guitarist Ronnie Le Tekrø, but they were never pleased with the mastering job which was done by a guy who wanted them to sound like a 80s power metal band. Therefore, the album has been re-mastered by Jacob Holm-Lupo. This one has been out of print for a long time, and finally here’s a proper re-release. Enjoy!

More from Arabs in Aspic